Success involves making a series of small incremental efforts over a long period. I am always wary of people who offer a secret mantra as a permanent solution to all problems. The truth of the matter is that there is no one magic bullet that will cure all evils, solve all your problems, and change your life around permanently. If you want to dream big, then learn the power of “small”.

Small efforts bring big results: If you want to write the next great American novel, then you will have to write it one page at a time. Your first draft may look nothing like the novel you will end up writing eventually, but making small improvements will add up in the end. Breaking a big task into smaller tasks makes your goals attainable. 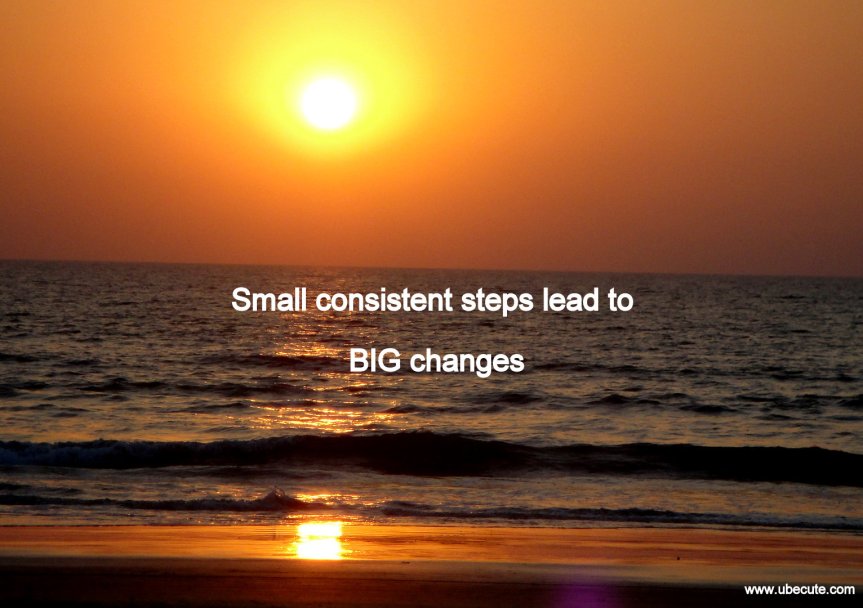 If you want to change a bad habit then change it slowly. A lot of people try to break a bad habit overnight. It took you years to grow that habit and make it a part of your life, how can you expect to break it overnight?

If you are trying to lose weight for instance, will you consider losing all the weight in a day by crash dieting and exercising all day at the gym? If you did that, chances are over-exercising will cause you to injure your muscles or worse still break a bone and throw you out of track for weeks.

If for instance you are trying to improve your vocabulary, then reading the entire Webster dictionary in a weekend is not going to yield positive results in the long run. If you cannot fully capture and understand the meaning of the words you are learning you are sure to forget them eventually. Instead of planning to read the whole dictionary in a matter of weeks, try to make a more reasonable plan and then stick with it. Even if you learn nothing more than one word a day, by the end of the year you would have learned 365 new words, which is at least 365 words better than nothing!

To share a personal story, for years I have tried to tap into my creative juices by waking up at 5:00AM and writing. Unfortunately try as I will, until recently, I never succeeded at waking up at 5AM or if I did, I would go through my day tired and groggy. The next day, I would fall back into my regular schedule of waking up at 6:00AM instead. I could not change my pattern until my mother advised me to try making a small change to my schedule rather than a big sudden change. Instead of waking up at 5:00AM, she suggested, I try to wake up at 5:45AM (just 15 minutes before my usual time), which is much more doable for me. I know 15 minutes is not much, but it is still fifteen extra minutes that allow me to focus on whatever it is I want to do that day. When utilized properly, just fifteen extra minutes a day over a period can make all the difference between mediocrity and excellence and quantifies the power of “SMALL.”

People who are rich will often tell you that the secret to making it big is not only about making more money, but saving the money that you already make, and then making intelligent investments. If you cannot save too much, then just start it small. If for instance, you can only save $100/= every month, then by the end of the year you are $1200/= richer than before. Investing even that small amount wisely will bear dividends over a long period. Often the difference between successful and unsuccessful people is simply, that successful people realize the value of small improvements.

Sustainability is key: Remember the story of the turtle and the hare? The turtle was a lot slower than the hare, and yet it was the turtle, not the hare that eventually won the race. It wasn’t the speed, but the consistency that helped the turtle win the race. Remember, people who achieve success do so by making consistent efforts over time. Self improvement is not a weekly or monthly goal; it is a lifelong pursuit. If you want to get good at playing the clarinet for instance, then you will have to make a commitment to spending the time honing your skill every day. 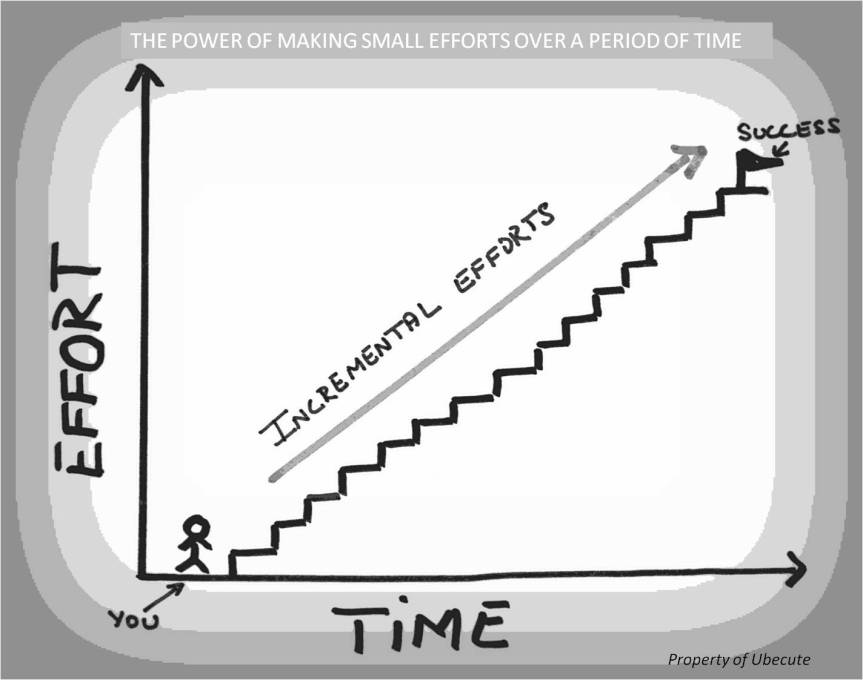 Conquer your Donut: Are you one of those perfectionists who believe that whatever you do should be top-notch, or why do it? There is nothing wrong with aspiring for the skies, as long as you realize that to fly high; you will still need to take off from the ground.If you are learning to cook for instance, don’t expect to put Rachel Ray to shame with your very first concoction. 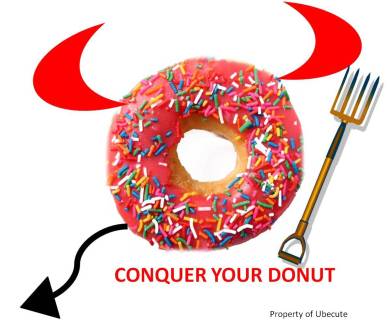 Have you ever gone on a healthy diet, only to find yourself getting tempted by a donut? And since you indulged in that one donut you felt so disheartened you completely gave in to your cravings and decided to start your diet another day? Donuts are evil. Don’t let a donut ruin your resolve. “All or nothing” attitudes are counterproductive and take us away from our goals. If you gave in to your indulgence, so what you still have the rest of the day to make up for it. Get back on track to achieving your goals. Conquer your donut!

I am not sure why the power of small eludes us? A child first learns to kick its feet before it learns to crawl. The child will then learn to grab on to things to try to stand up before it learns to walk and eventually run. Yet as grownups, we forget life’s elemental lessons and wish to run before learning to kick. Knowledge and skill grow at a gradual pace; these are not lotteries one can win at Vegas. Start it small, take it slow and continue making your efforts consistently. Sooner or later it is these small efforts that will bring BIG results.

40 thoughts on “The Power of SMALL”